We are a multidisciplinary design office specializing in interior and graphic design to create innovative and holistic brands. 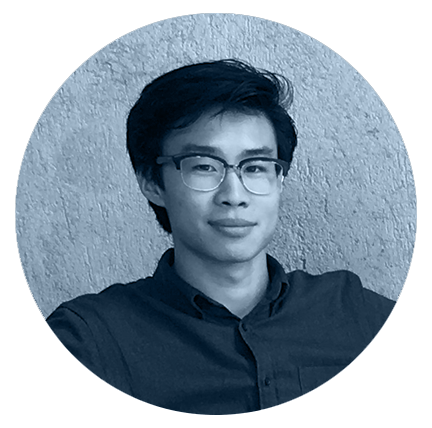 Since his early childhood, Chris has always been quite the experimenter – from mini plasticine adventures to fashioning guns out of ball-point pens. By the age of 12, he, like so many other kids his age, was spending two-thirds of his time playing computer games. An initial fascination with The Sims, quite quickly, became a dangerous addiction – where he would spend hours building homes after homes and never actually playing the characters in the game. Little did he know, this addiction would later manifest itself in him obtaining a Bachelor's degree in Interior Architecture (with 2nd Class Honours, unbelievably). Until today, whenever Chris finds himself bored, he would doodle aimlessly on tables, papers, notebooks; basically, anything - though he admits his best and most complete doodles can be found tucked into the pages of his old Chinese textbooks from high school. While language was never his forte, artistic skill and creative finesse have always been his reliable driving force. Whenever, he's not bored, he continues to polish his skills in the fields of design and the arts - from photography to black and white drawings, furniture design to oil paintings, graphic design to interior design. He is always hungry for the challenge to create something out-of-the-ordinary, functional and at the same time, aesthetically beautiful.